The next morning, our first breakfast at the Killarney Towers was a little disappointing – the sausages were not quite as hot and succulent as in Galway! But there were nice mini croissants and sauted mushrooms, which are part of the traditional Irish breakfast.

Afterwards, we waited outside the hotel for our Jaunty Car rides. Michael lead  the quadruple horse and carts. I climbed in with Lisa, Ellen, Mike, Michelle and a few others. Once everyone was safely on board and tucked into blankets, if they so desired, we were off, headed toward the Killarney National Park. 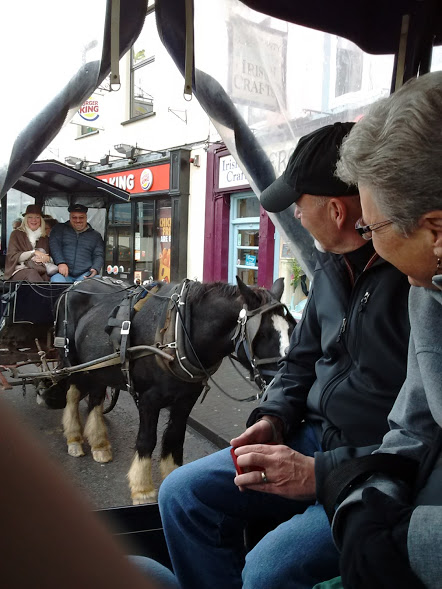 The day was damp and overcast, but it was still lovely trotting through the park. We saw some Sika deer up close as well as some Red deer in the distance. We stopped at Ross Castle for a half hour and took some photos. Our driver, Michael, was quite amusing. He said he had drank “a gallon and a half of beer” the night before and from his glassy eyes, he seemed to still be recovering. 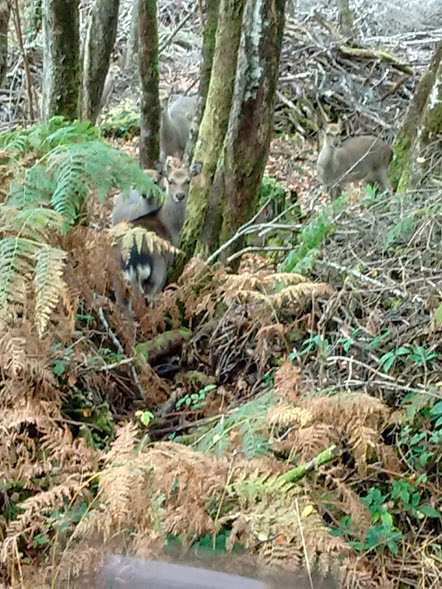 Dave met us close to where the jaunty cars let us off, so as to shorten the time until departure to the Dingle Peninsula but some people didn’t see him and went back to the hotel. It wasn’t too bad of a setback though and in short order, we were headed towards Dingle. A few minutes into the trip, Dave told us he wanted to give us a taste of the Ring of Kerry so we would have a contrast: at a roundabout, he went around one full time before exiting in the direction of Dingle. We all laughed heartily at the joke!

My favorite part of the tour was our brief stop at Inch Strand (strand means beach in German, so probably was an Old English name?) You can see from this photo the reason why. The view was stunning! 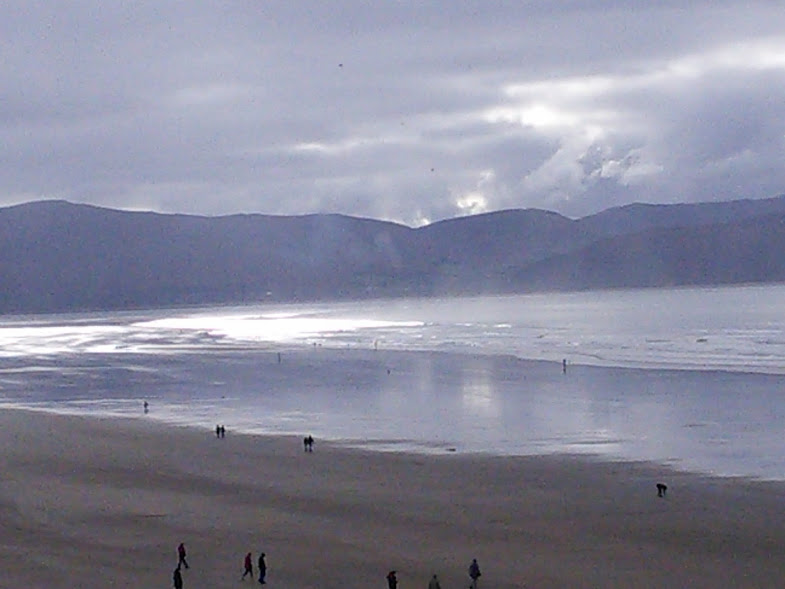 Some other places that delighted me were Skellig Michael, a rocky island quite a distance off where the last scene in the last Star War movie was filmed, the Giant Island, and Sibelles Cave, with the island behind it where the upcoming Star Wars movie was filmed. Sibelles Cave had a tragic story to it – a father brought his daughter there for safe keeping but she drown when the tides came in! The last fascinating structure, this time man-made were the beehive huts. These were also used in Star Wars. 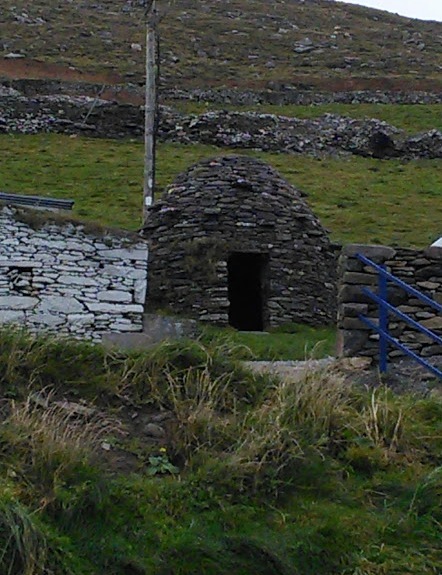 Along the way, we stopped in the town of Dingle. It is known as a cute tourist town with a local celebrity, Fungi the Dolphin. Unfortunately, we did not see him in the harbor, but there were boats that went out to see him. We were hungry for lunch, so Lisa, Mike, Michelle and I sought out a wonderful fish and seafood chowder at a place called, you guessed it, Chowder. A lovely piece of brown bread came along with it. We had a few minutes to step in some shops before our tour continued. We came back around to the village when we finished touring the peninsula for a pit stop before heading all the way back to Killarney. 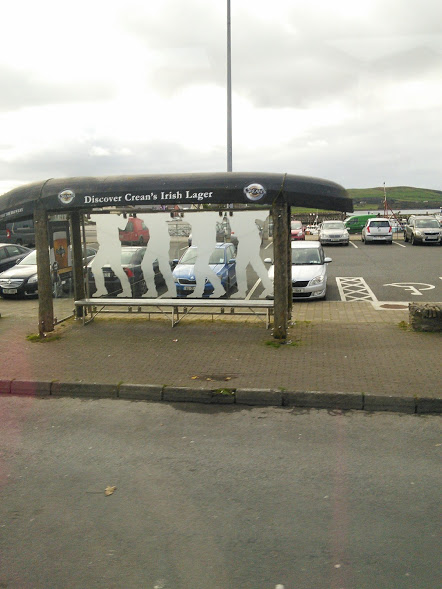 Dinner was again at the hotel. There were some delicious beef tips with a lovely bourguignon sauce among the various meat options and meringues for dessert!

Most tour participants went to a performance of Irish music and dance for 8pm. I’d seen Celtic Woman and found that sort of thing to be a bit cheesy so did not go. Instead, Dave invited me for a drink at the Grand Hotel. I arrived first to the pub. It was a cavernous place with perfectly positioned skeleton and witches on the walls. I sat by the window and waited. When Dave came in, we approached the bar, and I tried a local beer. It was a bit too bitter, I felt – even the youthful bartender agreed – so I went for a half pint of Guinness. We sat down together on an old fashioned settee and chatted for a while until the band started to play and it got a bit loud. We both went back to the hotel. I left him at the lift and took the short flight up the stairs to the crazy long hallway to settle in for the night. I was quite tired and it wasn’t too long before I turned off the light and fell asleep.